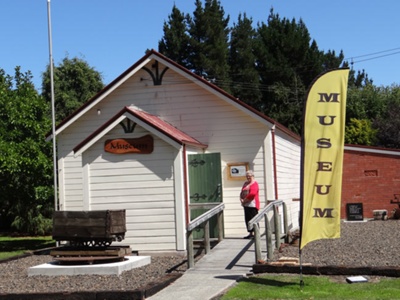 Glentunnel Museum contains an extensive collection of items recording the history of the area which has seen much rural industrialism, particularly the pottery and brickworks and coal mining.

The museum has an extensive library documenting the life of the early settlers and associated industries.

The building in which the museum is housed was originally the Coleridge Odd Fellows Hall. Built in 1908, it served as a Lodge Hall until 1968. In 1970 it was leased by the Selwyn District Council who purchased the building in 1985.

Sunday 1pm - 4pm during Daylight Savings. OR By appointment