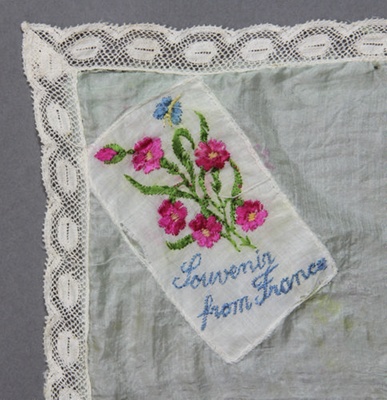 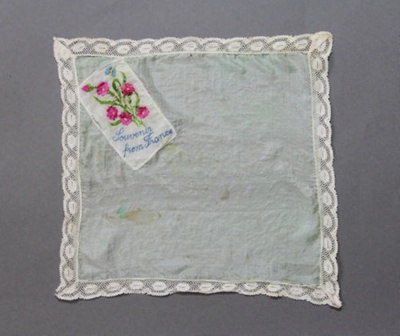 Handkerchief; Rifleman John Thomas (Tom) Clearwater sent this silk handkerchief home to his mother while serving in France during World War One.

He embarked on 5 February 1916 as a rifleman and survived the war. In March 1917 Tom Clearwater was awarded the Military Medal for 'acts of gallantry in the field'. He rose through the ranks and was commissioned as a Second Lieutenant in 1918. After the war he returned to the family farm in Terrace Road, Mataura and lived in the District until his death in 1957.