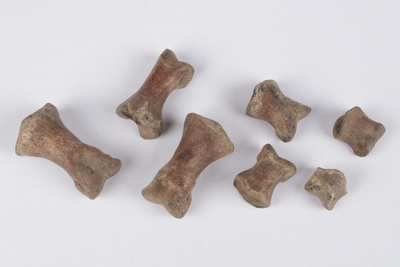 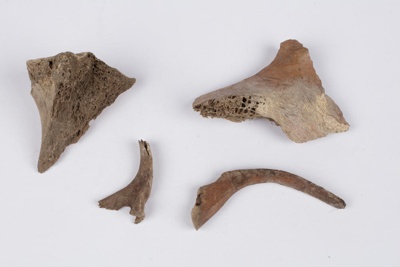 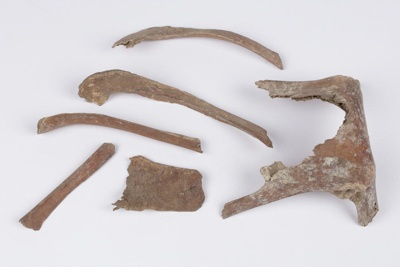 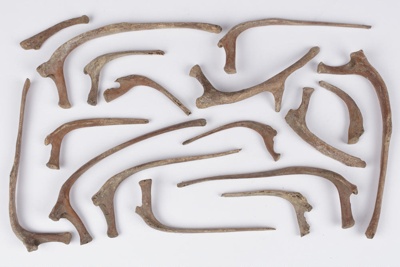 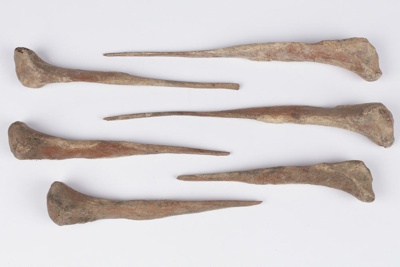 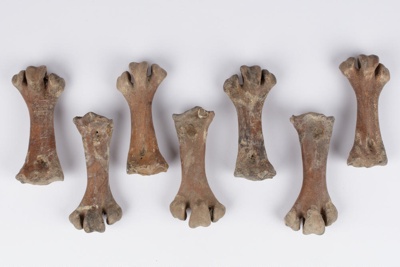 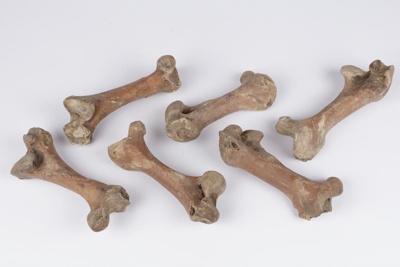 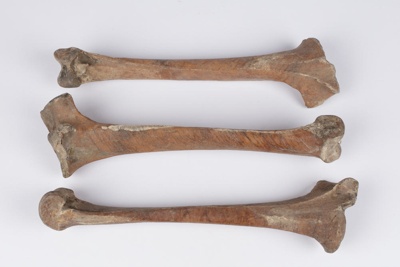 A collection of 80 moa bones, consisting of vertebrae, ribs, toes, tarsometatarsi, femurs, tibias, sternum fragments and other fragments. The species are not known, however as the bones appear to be of similar sizes and general anatomy they are likely from the same species. There are bones from three or four different birds, indicated by the number of leg bones.

Moa were the largest terrestrial animals to inhabit New Zealand's forests and shrublands. There were nine distinct species of moa and they ranged drastically in size with the smallest, the bush moa, being roughly the size of a turkey, and the largest, the giant moa, reaching up to 3.6 metres tall.

Moa were a staple in the diets of Māori in South Canterbury, Otago, and Southland and were hunted in great numbers. While it is unknown how exactly Māori hunted these giant birds, we do know that overhunting was one of the factors that led to the extinction of the moa in around 1450.

These moa bones may have been found at Pukorokio or Moa Creek. Located just across the estuary from the current museum, Pukorokio originates in the Longwoods and feeds into the Pourakino River between Centre Road and the Narrows. Pukorokio is recorded as the place where the last moa in Murihiku, Southland were slain.