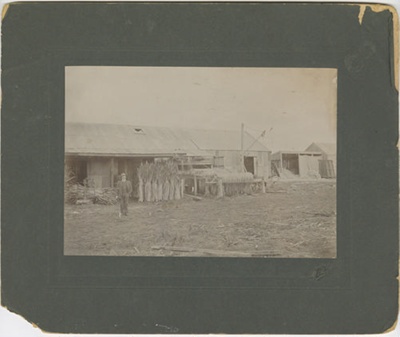 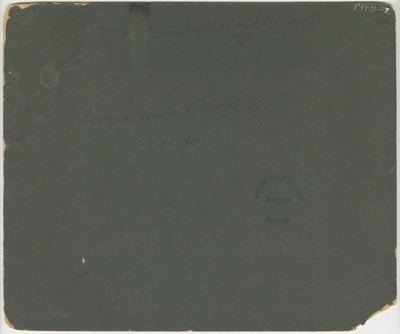 A black and white photograph at the Templeton flax mill. This image is the same as 518, and as such the man in the photograph, is believed to be, Muir Templeton. Born 1886 at Thornbury. He was the first of 10 children of Jessie and William Templeton. In 1911 the family moved to a property at Otaitai Bush which had flax swamps and a mill which William shifted closer to Riverton.