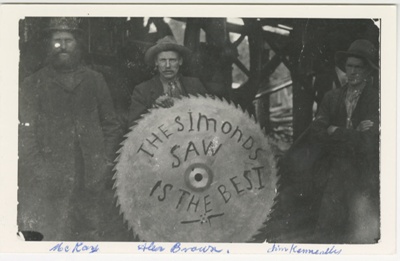 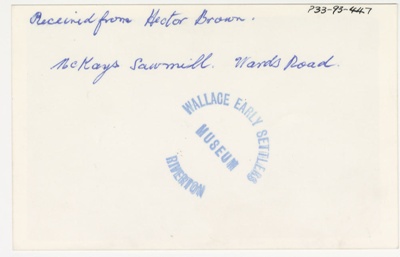 A black and white photograph labelled as, Jim (James) Kenneally, John McKay and Alan Brown at McKay's Mill. It is possible this photograph was taken after a fire at the mill. According to an article in the Southland Times of 5 November 1926, the fire totally destroyed the mill, with the damage being estimated between 4,000 and 5,000 pounds. Plans were made to immediately rebuild as very little timber was destroyed with the timber being stored at More and Sons, Longwood yard.