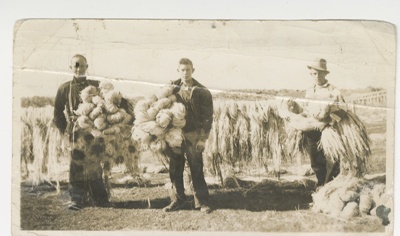 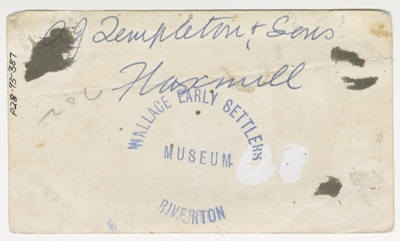 Andrew Johnston Templeton was born on 24 February 1897 at Thornbury. He was the seventh of 10 children of Jessie and William Templeton. In 1911 the family moved to a property at Otaitai Bush which had flax swamps, and a mill, which William shifted closer to Riverton. Andrew and his brothers helped their father to run the mill. Jessie and her daughters ran a kitchen, from which they produced meals for up to 24 men.

The four eldest brothers went to fight in world war one, while the remaining family ran the mill to produce the rope and twine needed for the war effort. Prices had boomed during the war, but slumped in the 1920s. William retired in the 1920s and Andrew took over the management of the mill. In spite of the depression he kept it running, and made it pay, although he also diversified his property to carry cattle and sheep.

During world war two, flax milling was again declared an essential industry and prices rose. The fibre was used for wool packs, flax matting, and filling for upholstery, as well as rope and twine. In its heyday the Otaitai Bush mill was turning out over 300 tons of fibre a year which meant some 2700 tons of flax were being processed.