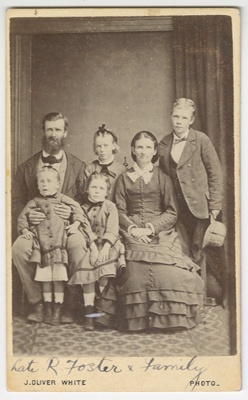 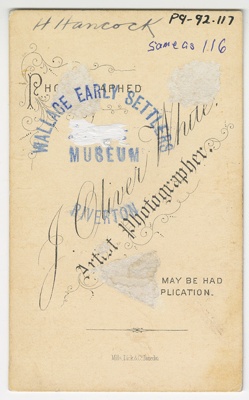 A black and white studio portrait of Robert and Ellen Foster and their children. Robert Foster came to New Zealand in 1862. He is credited as the founder of the Thornbury settlement, and named it after his wife's birthplace in Gloucestershire. Robert 'took part in many adventurous pioneering projects of the time' and was famous in the district as host of the Thornbury Hotel. Ellen died in 1904 and Robert in 1918 at 79 years. Three of their children survived them. This photograph is the same as RI.P9.92.116