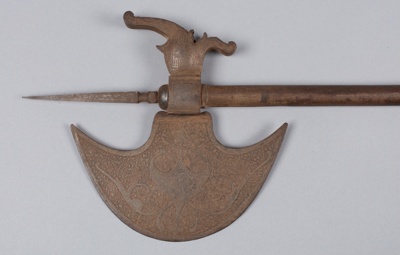 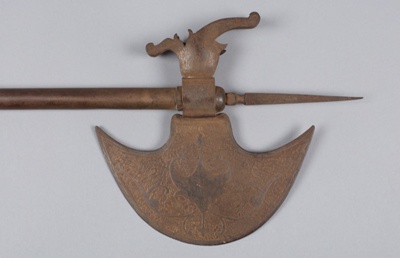 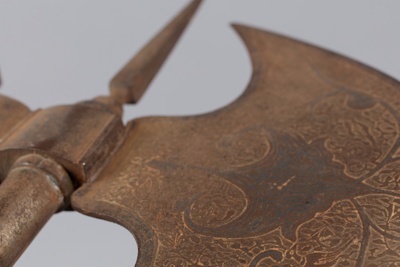 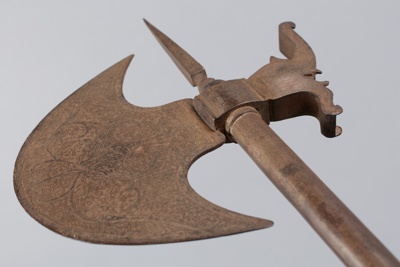 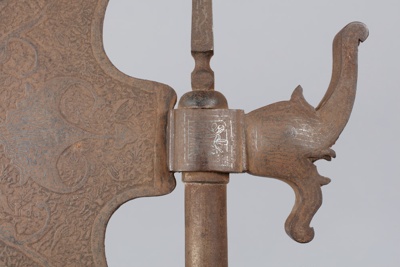 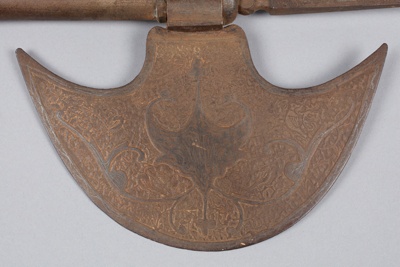 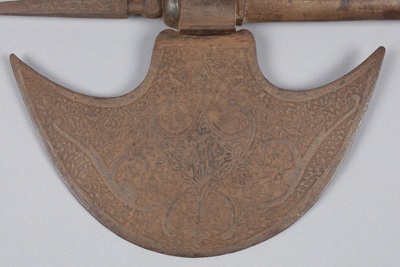 A ceremonial axe, believed to be a Turkish, Indian or Persian tabar (saddle axe).

It has a crescent-shaped blade with scroll-style detail on the butt, white metal (possibly silver) inlay similar to RI.W2004.2413, and embossed floral detailing. The handle is relatively plain and thin, with a capped pommel.

Tabars originated from the Ottoman Empire, Persia, India and surrounding countries and cultures. They are traditional battle axes but may also have been used for ceremonial purposes.

We have not been able to definitively establish where this one originated from; there are online examples of Turkish tabar, dating to the Ottoman Empire, which are very similar to this one. However, tabarzin, traditional Persian battle axes, are characterised by a thin, lightweight handle which this one possesses.

No acquisition paperwork has been found for this piece and so we cannot say definitively where it's from, when it was made, how or when it became part of the collection, or who it belonged to and how they acquired it.

Tabars originated from the Ottoman Empire, Persia, India and surrounding countries and cultures. We cannot definitively established where this one was made but it is suspected it's either Turkish, Persian or Indian. It is similar in style and design to RI.W2004.2413, the ceremonial mace with cow's head.