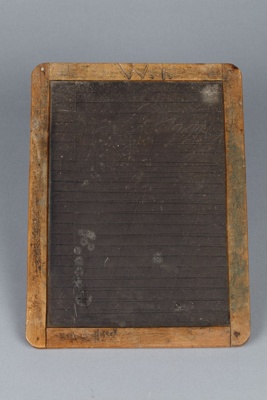 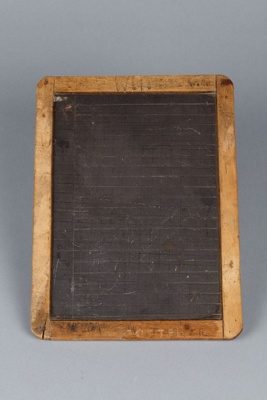 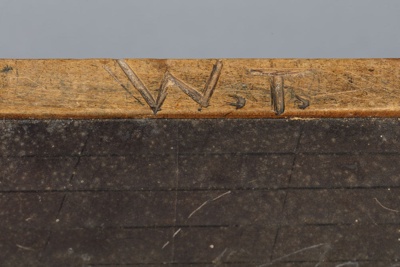 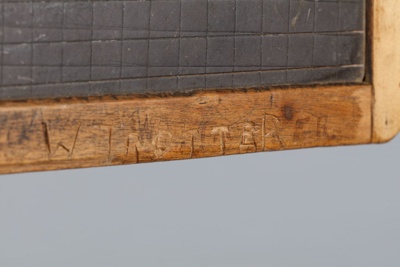 A wooden-framed school slate used by one W. Trotter. It is lined on one side for writing and has grids on the other, believed to be for mathematics.

The initials 'W.T.' are carved into the top of the frame on both sides and the name 'W. Trotter' is carved into the bottom on one side. It also bears the name 'Wallace', written in ink alongside one set of the 'W.T.' initials. It has the words "a lovely day" written in pencil on the lined side.

It is believed to have originally belonged to William Sinclair Dalrymple Trotter, brother of Dr. Ninian George Trotter, and was then passed down to Dr. Trotter's son Wallace D. Trotter. William would have attended school in approximately the 1860-1870s and Wallace around the 1910-1920s.