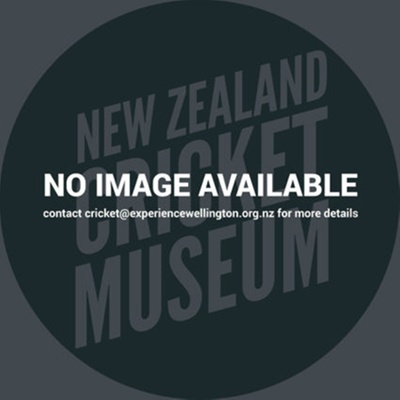 New Zealand Cricket Council letter book used for the period 1911-13 and again from 1915-20 (although very limited for some years in this span, especially 1917) containing:

<i>NZ to Australia, 1913-14:</i>
Arrangements for tour, largely made through Australian agent Sydney Smith;
Selectors for tour - Orchard, Hemus, Crombie, Reese, Downes;
Letter to Dan Reese advising him he will captain side;
Nominations for selection, including Poverty Bay's (McMahon, Gibson) which were not received until after the team had been selected;
Selection of emergencies - Carlton, Somerville, Hayes, Grimmett, Torrance

<i>Other Cricket tours:</i>
Organisation of an Australian tour by a New Zealand side in 1912-13 (abandoned);
Proposed NZ match against South Melbourne in Christchurch, 1913 (NZCC rejected);
Proposed NZ tour by NSW in 1913 (abandoned);
Invitation to the MCC to tour New Zealand as part of their 1919-20 Australian tour (rejected);
Attempt to organise a tour of the Australian Infantry Soldier's team in 1919-20 (initially rejected by the AIF but later reconsidered and rejected by NZCC);
Attempt to organise MCC tour to New Zealand in 1920-21 (initially rejected but then reconsidered).

<i>Other:</i>
Attempt to move centre of West Coast Association from Greymouth to Reefton;
Attempt by Motueka to establish their affiliation separate to Nelson;
Donation to Victor Trumper Testimonial Fund;
Southland's application to join the Plunket Shield competition;
Letters of sympathy re: death of WG Grace, Victor Trumper, Frank Laver, Lord Plunket;
No subscription fees for the 1916-17 season due to WWI.