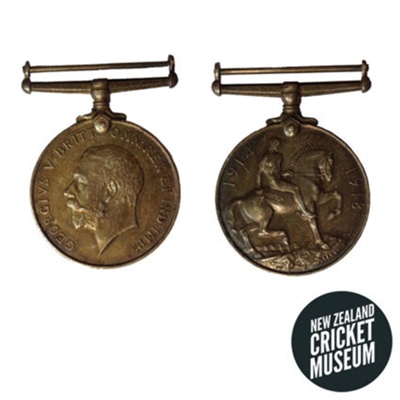 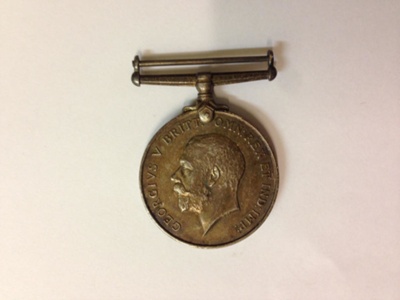 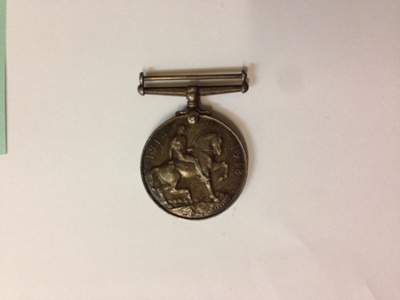 <b>About the medal:</b>
The British Medal was created in 1919 to mark the successful conclusion of WWI. The medal depicts the head of George V with a mounted horseman crushing the defeated on the reverse side. It originally had a ribbon with an orange centre with stripes of white and black at each side and borders of blue.