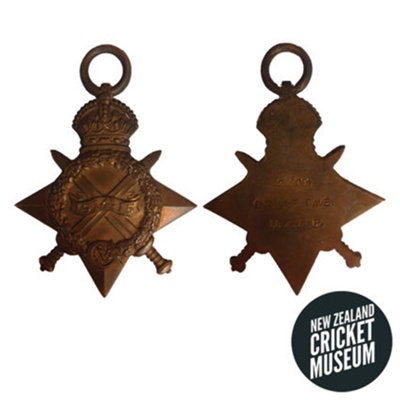 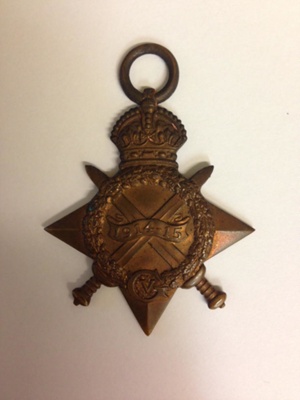 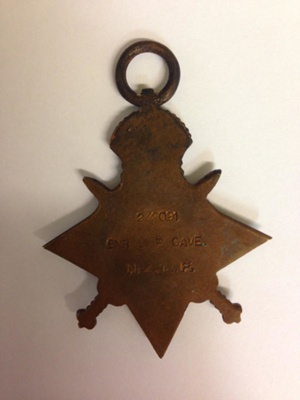 <b>About the medal:</b>
The 1914-15 Star is a bronze medal authorised in 1918. Awarded to all who served in any theatre of war against Germany between August 5 1914 and December 31 1915. Although this example of the 1914-15 Star is without its ribbon, it would've originally had a watered silk with red, white and blue stripes ribbon.