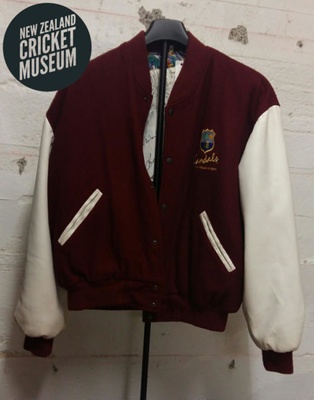 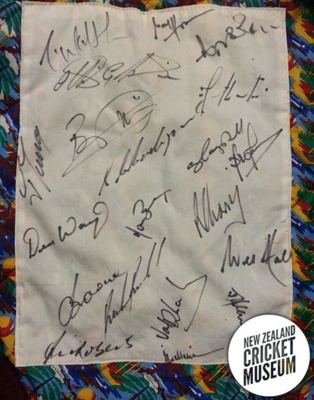 In 1996, West Indian cricketer Keith Arthurton was playing a season of league cricket for High Wycombe in the United Kingdom. Among the people he met during his time at the club was a young New Zealander named Andrew Walklin.

Andrew (known as AJ) was diagnosed with Cystic Fibrosis at a young age but never let it stop him or his passion for cricket. Alongside many other accomplishments, AJ coached the Rongotai and Onslow College 1st XI's for many years and won 2010's Morgan Foundation Kiwi Battler of the Year.

Signatures of various West Indies' players are on an interior patch in black marker.