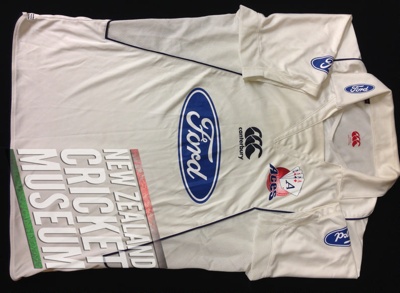 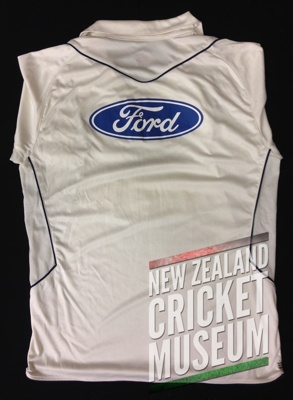 Chris Martin debuted for Canterbury in the 1998/99 season and continued to play for the province until the 2005/06 season when he transferred to Auckland. Chris would return to Canterbury for the 2009/10 season but his domestic career ended with the Aces victory in the Ford Trophy List A Final on March 31 2013.

Ford logos are placed on both sleeves, the right collar, front centre, and rear centre. Auckland Aces and Canterbury Clothing logos feature on the chest.