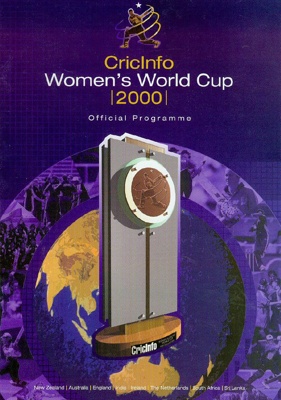 In 2000, New Zealand hosted the Women’s Cricket World Cup for the second time. Freshly renamed as the White Ferns, New Zealand Cricket’s own marketing emphasised that this was “New Zealand’s best chance to win a World Cup.” Following an intense 18 months of preparation, peaking with trainings up to 14 times a week, the White Ferns began the 2000-01 home summer with a dominant series against England, whitewashing them across six ODIs. As attention turned to the World Cup, the players found themselves at the heart of a massive marketing push with appearances on radio, sponsor promotions, school visits and even on the back of buses.

The tournament’s opening game, a much-hyped rematch of the last World Cup final against Australia, brought the hosts quickly back to ground as they lost by 6 wickets. The result steeled the team’s resolve as they marched through the rest of the tournament unbeaten. After a convincing semi-final win over India they were, once again, faced with the might of Australia in the final.

After posting 184, the White Ferns knew they would have to, in their own words, field out of their skins and bowl the best they possibly could in order to take out the title. Which is exactly what they did. Led by two spectacular run outs from Helen Watson, the White Ferns got to the final over needing one wicket, while Australia needed just four runs. It only took one ball for New Zealand to seal the historic victory, sparking massive celebrations as players and fans shared in one of New Zealand cricket’s greatest moments. In the words of White Ferns’ stalwart, Catherine Campbell, “bloody brilliant”.