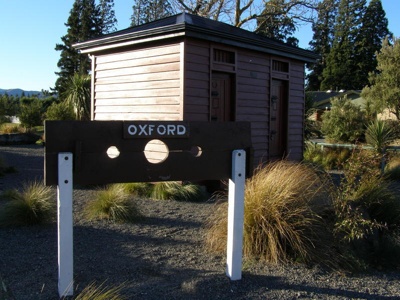 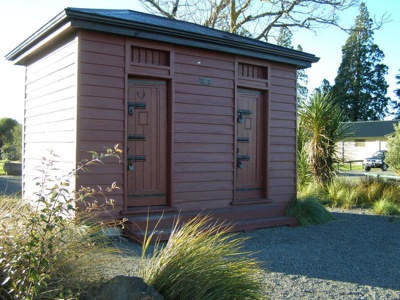 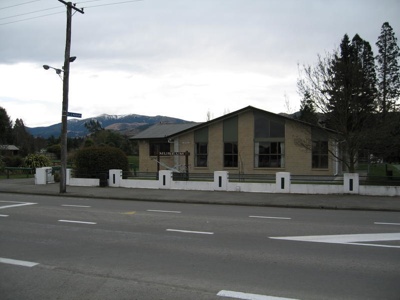 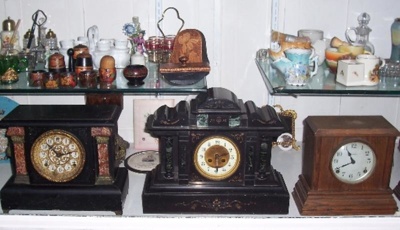 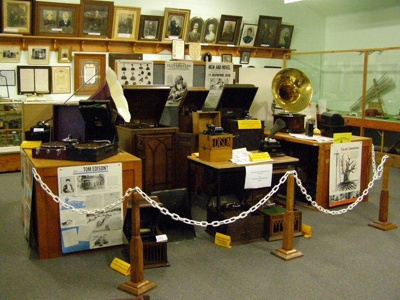 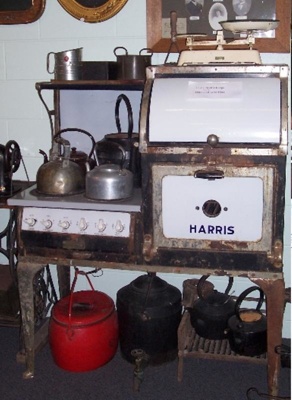 OXFORD MUSEUM - HISTORY OF THE BUILDING

Built 1980 by the Historical Records Society, in conjunction with the Oxford Jaycees, who provided some of the manpower.

This committee approached the Oxford County Council for land to site a new Museum, and were offered a site that was originally a shingle pit. This proved to be unsuitable for a foundation. The Council then suggested that they approach the Tennis Club who had an old pavilion on the present site where the Museum is now situated. The Tennis Club agreed to let them have the land.

The Committee constructed their own bricks, made from clay taken from land near Norman Rowe’s farm on Ashley Gorge Road, which was formerly a brick kiln. They took truckloads of clay to the Whiterock Limeworks to be dried and crushed. It was then trucked back to the Museum site building site. 8000 bricks were made in a hand press by volunteer labour.

Francis Englebrecht sourced timber from local farmers which was milled locally and used in the construction of the Museum. The front doors leading from the foyer to the Museum were handmade by Bill Ward from an oak tree which was growing near the present sawmill site on Mill Road.

The doors between the original Museum building and the extension which was built approximately 1985 were the original doors from the Farmers Co-op building which is now the Oxford SuperValue Supermarket.

We rely heavily on volunteers and donations to keep the museum open at weekends and public holidays.
Our displays are constantly evolving with the arrival of new exhibits and reflect our sawmilling, farming and general home-life of our early settlers.

We publish a newsletter that is delivered to members of the museum. This booklet tells stories and reminiscences of local characters and events that have shaped Oxford as it is today.

We are currently fund-raising for an extension to house vintage machinery.

The principal reason for Oxford's development was forestry related industries and farming. Oxford Beech trees provided the best timber for the saw mills which fringed the beautiful Harewood Forest. The first steam mill began operating in 1860 but by 1869 there were only two steam mills and at least twelve pairs of pit-sawyers still operating in the area.

The Great Oxford Fire 14th January 1898
There were two fires burning. One from Lees Valley and one from Coopers Creek. The prevalent Norwest wind fanned the flames to burn through a major part of the beech forest. It swept through 26 homes and several sawmills. This meant large numbers of workers had to leave town to make their living. The fire burnt out at Ashley Gorge Rd and sparks were seen blowing in the wind 5-7kms towards Carleton. There are many stories of valiant efforts by local people to save their families, property and livestock.

Public Toilets (wheelchair access)
There is no internet access at the Museum however there is a computer placed for public use to browse through data regarding the museum collection. This is a work in progress.
Attached to the Museum building is a meeting room and kitchen. This is often used for public meetings and special focus groups, who may also request access to the museum. This meeting room (Jaycee Room) can be hired through Oxford Service Centre for a small fee.
Contact Oxford Service centre, 34 Main Street, Oxford.
-43.29822 172.18996 16 Oxford Museum