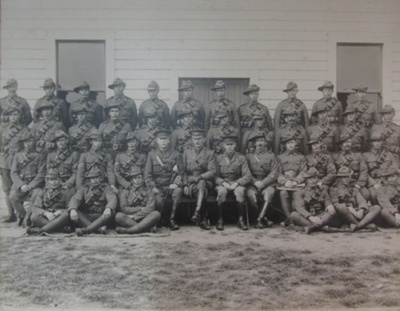 The 8th (South Canterbury) Regiment was officially raised on 17 March 1911. It was one of 12 regionally based mounted rifles regiments formed as part of the new Territorial Force (TF) organisation that came into existence on that day. This part-time Territorial Force and a tiny regular force of professional soldiers formed the basis of New Zealand’s army at the outbreak of the First World War.