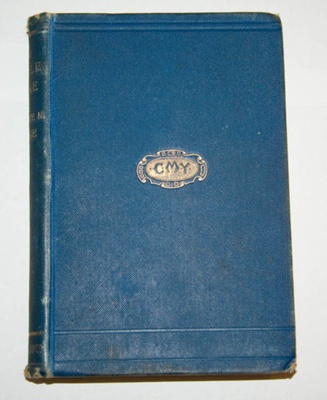 ‘The Little Duke Richard the Fearless’ was the first of Charlotte Yonge’s historical tales for children, and it was originally published as a serial in her magazine ‘The Monthly Packet’ in 1851. It tells the story of Richard Duke of Normandy, the great grandfather of William the Conqueror. At the beginning of the story, Richard is an eight-year-old boy who succeeds to the dukedom when his father is murdered. Richard’s overlord, King Louis, takes him to the French court where his life seems to be in danger. Eventually Richard is rescued by his faithful squire and returns to Normandy.

Charlotte Yonge was one of the most prolific and successful writers of the Victorian era. In her lifetime she published well over 100 books in several genres including history, biography, adult fiction, and children's historical fiction. Yonge was also distantly connected with the Lush family. She was a cousin of Bishop John Coleridge Patteson, the first bishop of Melanesia. (1) Blannie’s father, Vicesimus Lush, was an Anglican minister who served in the Auckland and Waikato regions and was involved with the Melanesian Mission. Blannie and her younger sister, Annette, both volunteered as missionaries to Melanesia, Blannie in 1878 and Annette 1880. (2)

It is believed that Ewelme Cottage has the largest single collection of Charlotte Yonge's works in the southern hemisphere. Yonge was also the editor of the magazine, 'The Monthly Packet'. After her travels to Norfolk Island with the Melanesian Mission, Annette contributed and article entitled "Trip to Norfolk Island" which was printed in the Monthly Packet during August 1881. According to her father, Annette received a cheque for £2.17.0 from the publisher and this was "the first money she has ever earned." (3)