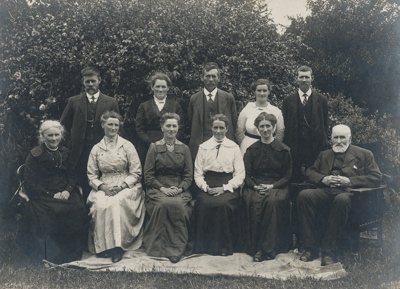 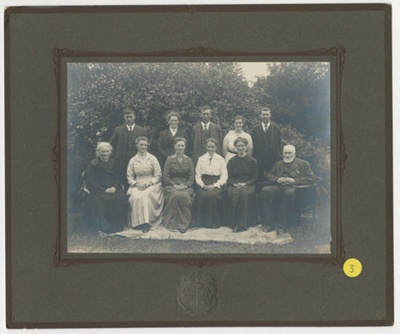 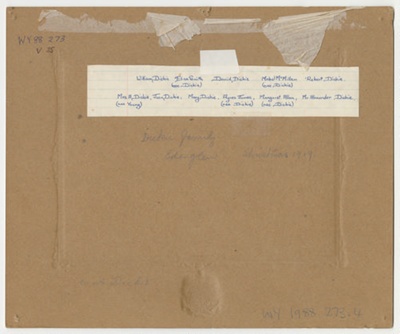 This is a photograph of the Dickie Family taken at their farm 'Edenglen', at Tuturau at Christmas 1919.

Who is in the Photograph?

The Dickie's son. George Victor Dickie, died in 1906 of appendicitis at aged 18, and is therefore not pictured.

Alexander's employment was varied and included farmwork at Taieri, roadmaking, fencing and gold digging in Southland and for a time he worked with a survey party at Winton.

Alexander and Elizabeth's ten children were all born at 'Edenglen', their names were, as above with the photograph.