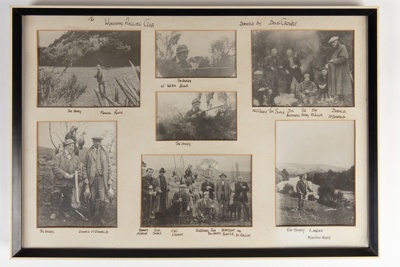 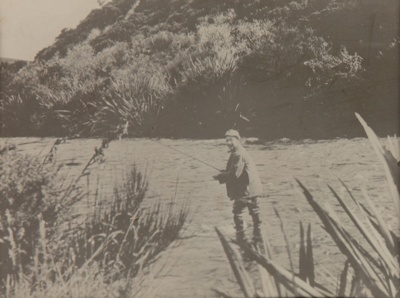 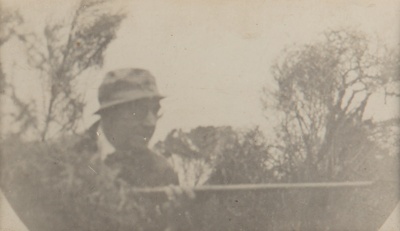 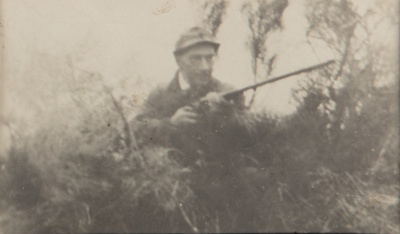 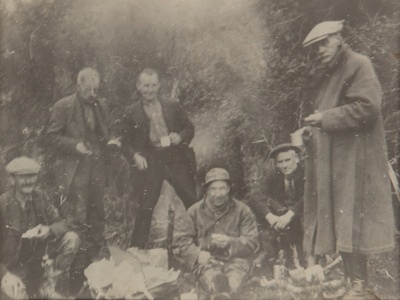 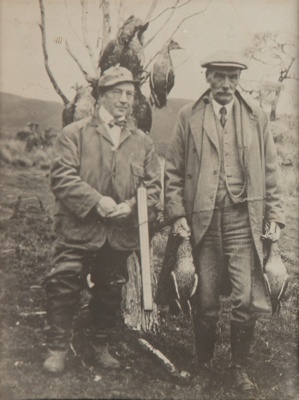 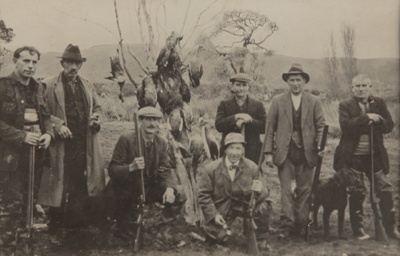 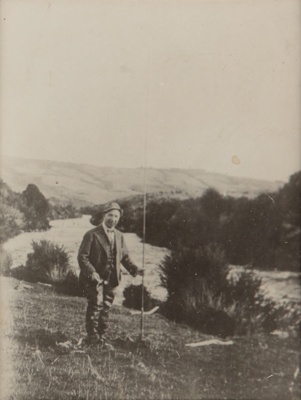 This is a series of photographs taken of Harry Lauder (1870-1950) fishing the Mimihau River and duck shooting at Weka Bush, Menzies Ferry, during a hunting and fishing trip to the Lower Mataura Valley in 1924.
The men accompanying him in the photographs are Fred J Crosbie, Tom Swale, Jim Buchanan, Mac McCallum and Donald McDonald.

Harry was a well-known Scottish singer and entertainer and was the first Scotsman to sell a million records, and at one time was the highest paid entertainer in the world. He was known for singing Scottish songs such as 'I love a Lassie' and 'Roaming in the Gloaming'.

Sir Harry was knighted in 1919 for his raising of vast amounts of money for the war fund. He travelled to New Zealand several times, visiting Southland where he enjoyed fishing and duckshooting activities. He often wore full Highland regalia and had a twisted walking stick. Thus the ornamental Corkscrew Hazel shrub is commonly known as 'Harry Lauder's walking stick'.