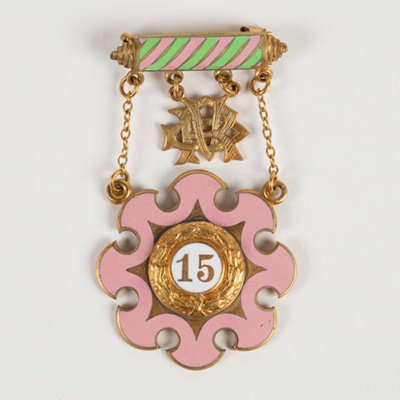 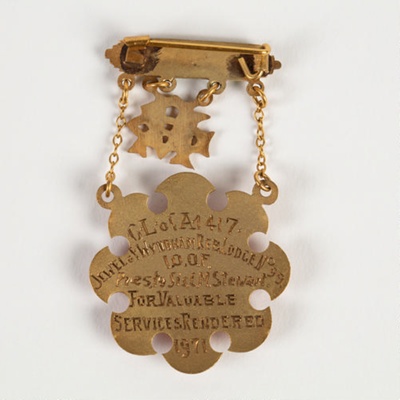 This I.O.O.F. badge belonged to Sister C M Stewart of the Jewel of Wyndham Rebekah Lodge. It was awarded for 'Valuable Services Rendered', and we assume it marked 15 years of membership.

In1992 there were 58 Rebekah Lodges in New Zealand, with a membership of 2089; some Rebekahs were the wives and daughters of IOOF members, but many others did not have this connection. Over the next two decades however, interest in the Rebekah Lodges, as well as in the Independent Order of Odd Fellows slowly waned. By 2015 all IOOF lodges in New Zealand had closed.