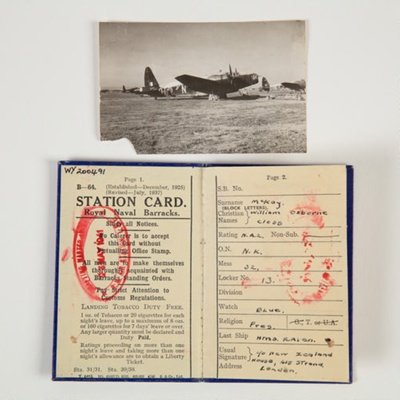 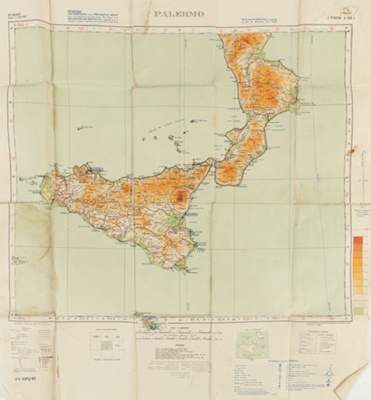 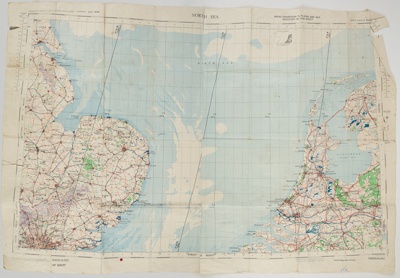 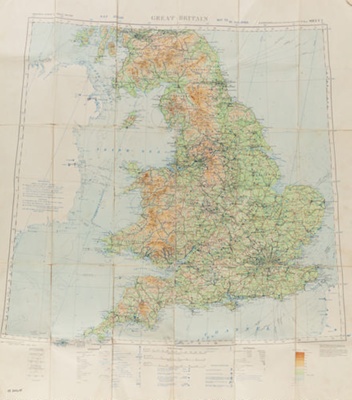 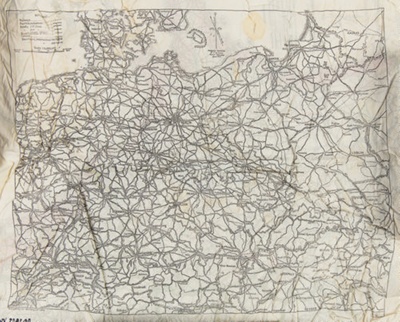 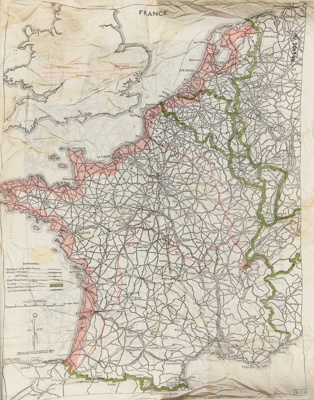 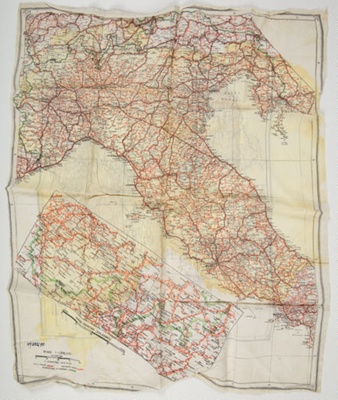 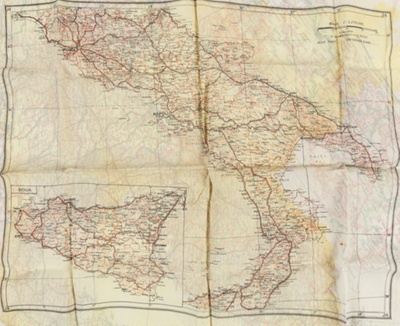 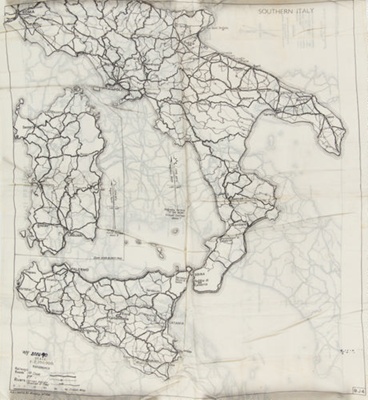 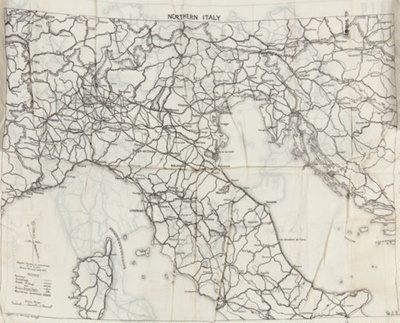 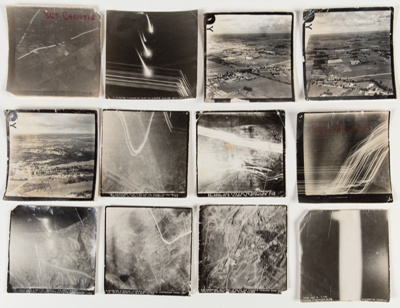 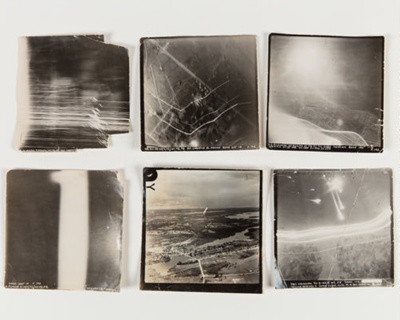 This is a collection of archives pertaining to William Osbourne Closs McKay Junior's service with the Royal Air Force during World War Two.

Included in the archive are aerial maps of Italy, the North Sea, Germany, Switzerland, Southern Italy and England, aerial photographs, and a station card booklet belonging to Osbourne McKay.

Born to William Osbourne Closs (Ossie) and Jane (nee Richardson) McKay on 12 February 1919, Osbourne attended school at Wyndham, and then went into employment as a clerk with J.R. Rattray. While in this position, Osbourne took a course at Southland Boys High School from which he was selected for the Fleet Air Arm Training. He left for Wellington on 28 October 1940, shortly after becoming engaged to Irene Lillian Males. Osbourne underwent extensive training including spending six months in Canada. Despite suffering from scarlet fever during this period, Osbourne became an air cadet with the Royal Air Force.

Osbourne was first posted to Algeria and stationed at Blida, going on bombing missions into North Africa. He then spent nine months posted to Fontonshade, and undertook bombing over Italy. In 1943, he was stationed in England from where he participated in bombings over Germany.

Interestingly, Osbourne survived two crash landings during his service. The first one took place on his first ever mission while in Algeria. Osbourne was forced to crash land due to his wheel section being shot away. The second crash landing took place while stationed in England. While on a mission over Germany, two of Osbourne's engines were hit, however, he managed to complete the mission and return to base, landing not far past the White Cliffs of Dover. In recognition of these endeavours Osbourne was awarded the Distinguished Flying Cross.

Towards the end of the war, Osbourne spent time in France helping with the rehabilitation of military personnel. He arrived back in New Zealand in 1945, and married Irene on 14 January 1946. The couple lived in Invercargill where Osbourne worked as a sales representative for J.R. Rattray. In 1954, Osbourne purchased a business at Mt Somers in Canterbury.

A newspaper article in the Mataura Ensign from 1945 records that the Southland Armed Forces Appeal Board at 'its sitting in Invercargill on Thursday' stated that of the six sons of Mrs McKay and the late Mr W.O.C. McKay of Wyndham, five were serving with the forces, Gordon in Italy, Samuel with the Navy, George in India, Osbourne in England, and Archibald with the Air Force in New Zealand. The appeal was on behalf of the remaining son, Robert McKay, whom it stated was 'required to conduct a large general store which had been run by the family for 30 or 40 years.' The appeal was successful with Bob McKay remaining in New Zealand to run the local general store in Wyndham.