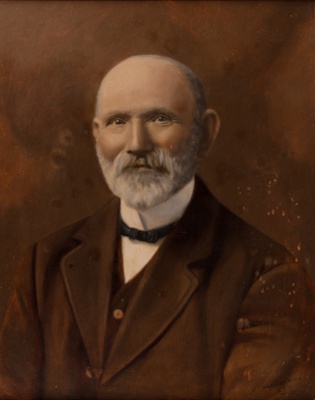 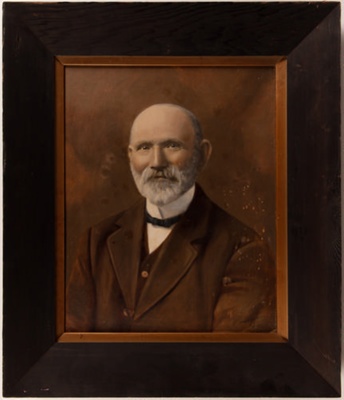 This is a hand coloured photographic portrait of Robert Malcolm McKay. Born in Scotland in 1839, Robert immigrated to New Zealand with his brothers, David and John. All three settled in Wyndham. In 1877, Robert returned to Scotland to 'collect his bride' Helen Burley. The couple had four children; Isabella Jane, known locally as Aunt Bella; Williamina Mary who died aged 2-years; Annie Roberta who died aged 5 months and William Osbourne Closs known as Ossie.

In 1879, Robert and David purchased the Wyndham General Store which became known as R.M. McKay & Co General Store and Merchants. This business remained within the McKay family for nearly 90 years, before being sold to Frank Bulling in the early 1970s.

As of January 2019, the McKay Family Store building still stands on the main street of Wyndham with the company name still on it.