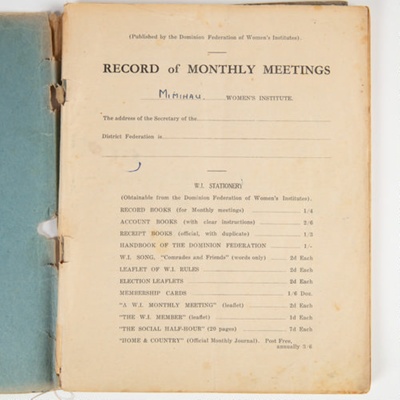 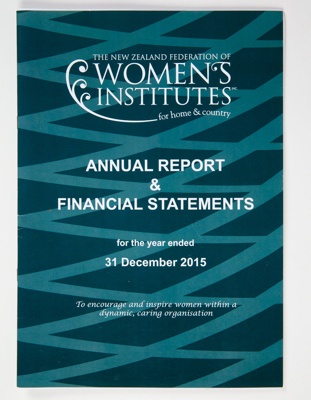 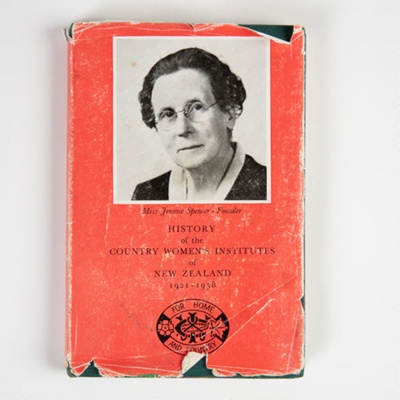 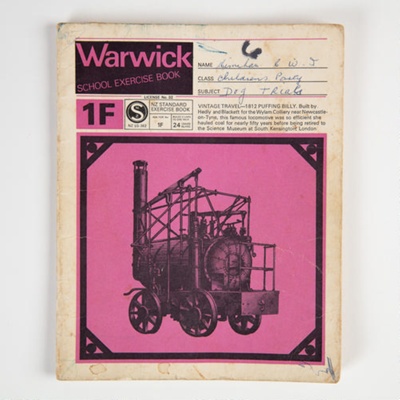 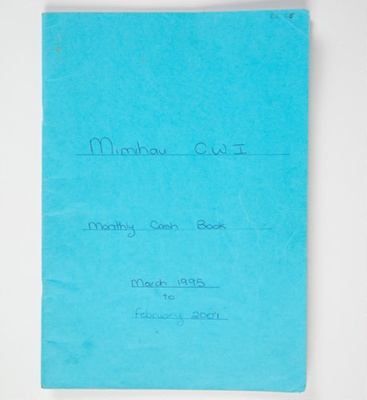 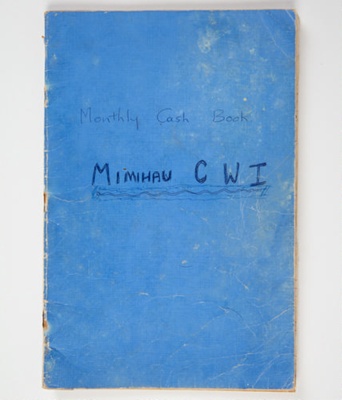 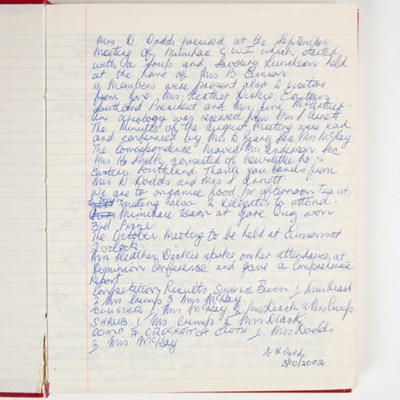 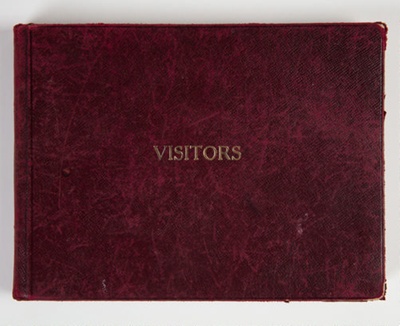 This is a box of archival records pertaining to Mimihau Country Women's Institute from 1948-2002. In the broadest terms a Women's Institute is a gathering of country women who meet together at least once a month to discuss matters of interest to them all. At the meetings women of any race or creed, rich or poor, all paid the same sub, had the same responsibilities and the same privileges. They were there to help one another.

Subscriptions Book: 1948 -1981 (Inside the book is a hand written letter about the institute)

Note books: pertaining to undertakings by the Institute

Loose pages with members names and dates on them

Large manilla envelope of cards, letters regarding 21st, 25th and 50th reunions, name badges etc, Invitation to Betty McNaughton and a reply to 50th Anniversary (Betty was the founding member of CWI in the area), Rose Bowl competition results wrapped in a results page. Newspaper write up on the rest rooms in Gore

Red covered book about the CWI called 'History of the Country Women's Institutes of New Zealand 1921 -1958' with photo of Miss Jerome Spencer, the founder, on the cover.