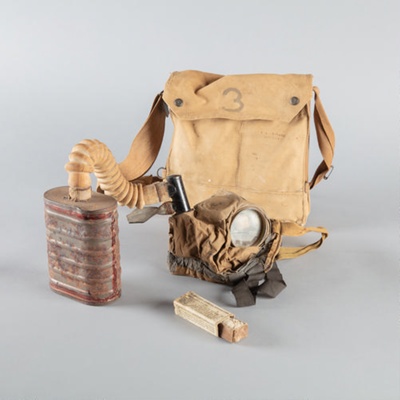 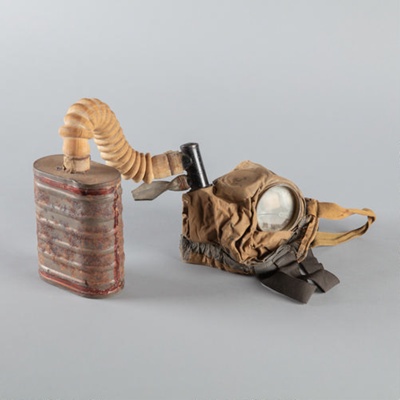 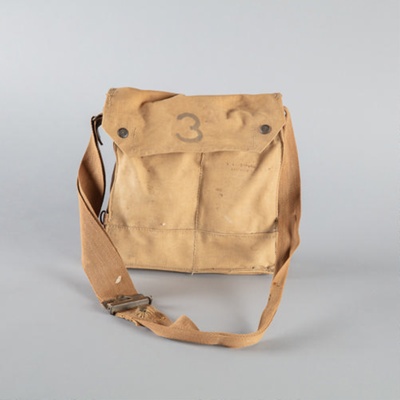 This gas mask belonged to Joseph Irwin, son of Joseph and Agnes Irwin of Wyndham. Joseph was the youngest of three brothers who fought in World War One. Joseph and his eldest brother Robert returned home, however, William did not.

Both Joseph and William fought with the Otago Mounted Rifles and embarked from Port Chalmers, Dunedin on 16 October 1914. Robert enlisted in a Wellington Infantry Battalion and left from there in May 1916.

Returning to active service, Joseph was transferred to the New Zealand Pioneer Battalion and went to France. Here, he was again wounded, and was eventually classified as 'No longer physically fit for war service' on account of wounds received in action in August 1918.

Introduced in late 1916, the small box respirator (SBR) was the most reliable and heavily used mask during the war. It is likely that Joseph was issued with this mask when he transferred to the Pioneer Battalion in 1918. The SBR offered more protection against stronger gases. Its filter element consisted of layers of charcoal contained in a steel box-like tin can that was usually painted red.

The Small Box Respirator saved many lives and perhaps this one saved Joseph.