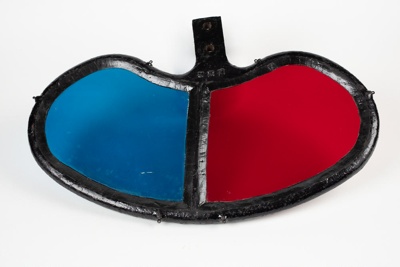 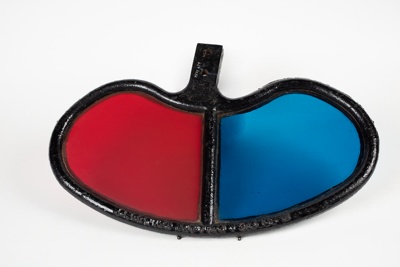 This is a railway signalling device which was used on the Edendale-Wyndham line.

Construction of the railway line between Edendale and Wyndham began in 1879. The line was to extend all the way to Fortrose at the coast via Glenham. Many in the Toitois district (Tokonui, Waikawa etc) opposed the line going through Wyndham rather than through Seawards Bush. The Seawards Bush route was only 17 miles over level or gentle rolling hills at a cost of 2,000 pounds a mile, compared with 41 miles through Wyndham and a cost of 3,000 pounds per mile. Due to construction of the Wyndham line having already begun, the opposition got nowhere, however, the line never made it to the coast. This is likely due to a combination of factors including local politics, rivalries, who should get there first, and the fact that a large amount of government funding had been diverted to the war effort leaving little for the completion of many infrastructure projects which had began in the second half of the 19th century.

Hi James,
Thank you for your comment. We have taken your info on board and have incorporated some of it into the cataloguing.
The Project Ark Team.

The war had nothing to do with construction, it was simply local politics, rivalries, and who-should-get-their-first. It seems ironic then, that the Wyndham railway and the Tokanui railway were to be felled by the same Government in the space of four years; Wyndham went in 1962, Tokanui in 1966.