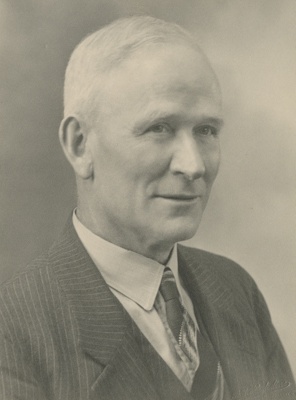 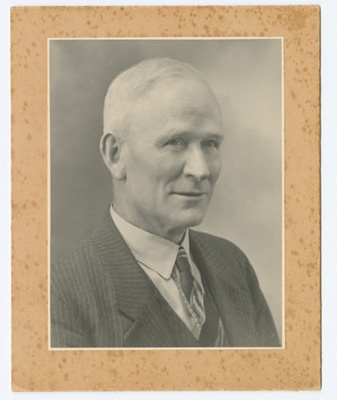 This studio portrait is of Mr Joseph (Joe) Hunter, the son of Adam Hunter of Greenhill, who lived at 'Cluny' until 1928.

He served as a mounted trooper in the Boer War, supplying his own mount, which he entered in military race meetings when opportunities permitted. His horse, 'Warrigogee' was a frequent winner.

After the war Joe set up a flaxmill named 'Flamborough' and later linked with his brother Bill as a partner at Caddon and bought other farms.
Joe enjoyed horse-breeding along with his brothers Adam and George, and was elected first President of the Wyndham Trotting Club as a Foundation member in 1923. He remained in that role for 26 years.
Joe married Jessie McLaren of 'Camp Hill', a noted landscaper. He died aged 67 years in 1949 and is buried in the Wyndham Cemetery.