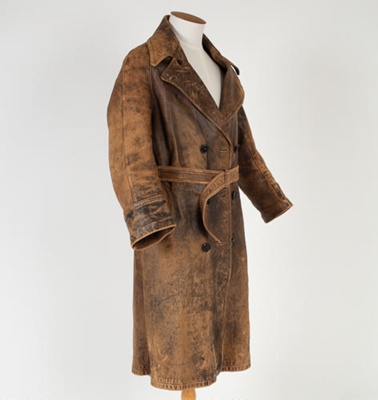 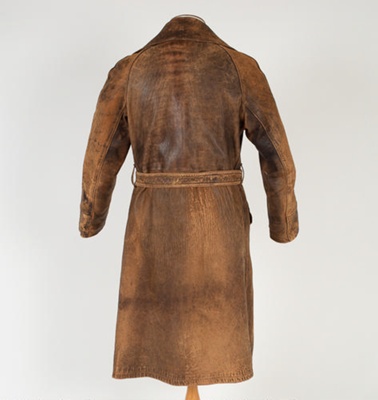 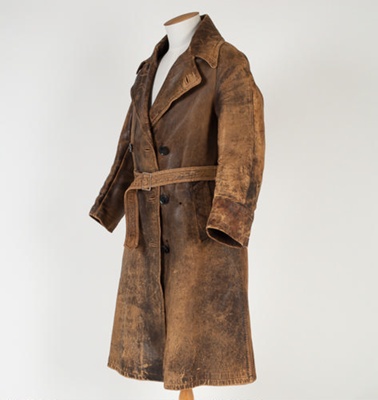 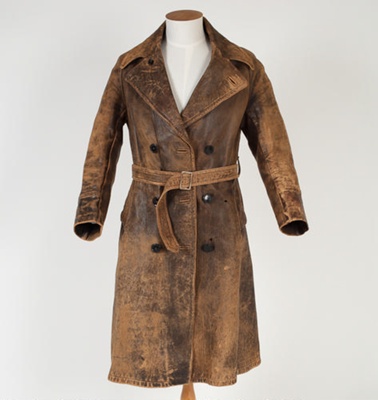 Our records indicate that this leather double breasted World War One Royal Flying Corp coat was worn by John Rushton Bayley (JR) of Edendale. John was born in Cheadle Hulme, Cheshire in 1901 and enlisted with the Royal Air Corp in Britain when he was only 16-years old.

Sometime after the war, John emigrated to New Zealand where he worked on farms and as a ploughing contractor. In 1928, he took up the position of Chief Engineer at the Sugar of Milk Lactose Factory in Edendale, and in 1931 he married Mary (Molly) Kerr Elliott.

Molly and JR owned a large property in Edendale on which they planted hundreds of tree and hundreds of flowers. Their garden became a play ground for local children, perhaps some consolation for the loss of their son.