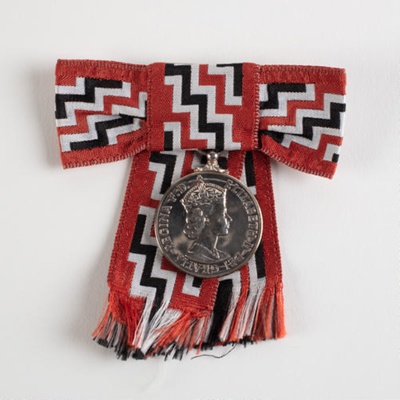 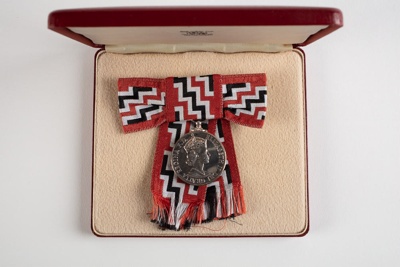 This Queen's Service Medal was awarded to Sister Isabel Howe in the 1976 New Years Honours List for Public Services. It was presented by Sir Denis Blundell in July 1977.

Isabel (Isabella) Howe grew up in South Wyndham and was the first Matron of the Wyndham Maternity Home when it opened on Alma Street in 1953. During her nine-years in Wyndham, Sister Howe delivered many babies and was held in affection by mothers because of her loving care and continuing interest in their children.

Sister Howe, was a good friend of Colin Crump's mother, Annie, and Colin recalls her having worked extremely long hours. For a time during Colin's childhood, Sister Howe looked after him and his siblings, and he remembers her sleeping all day during her days off because of the many waking hours she spent supporting mothers in labour.

From Wyndham, Sister Howe went to work at the Lumsden Maternity Home in a similar position.

Engraved on edge: 'I HOWE'