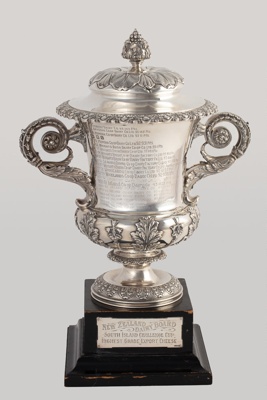 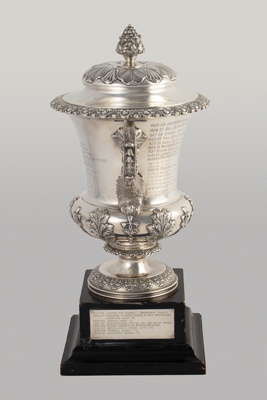 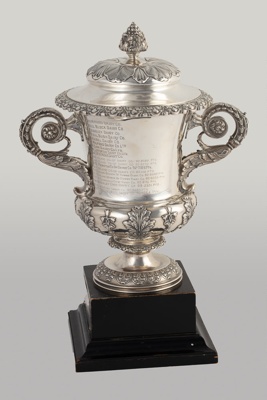 This large silver cup was awarded by the New Zealand Dairy Board, and named the South Island Challenge Cup for Highest Grade Export Cheese.

Originally awarded in 1925, the conditions of the award have changed over time, and an old typed note stuck underneath the base, presumably written in 1948 tells us, 'This cup was originally known as the New Zealand Dairy Produce Board Challenge Cup Cheese Competition, 92 1/2 points and over, and competed for on the basis of greatest improvement in grade shown by a dairy company in a season as compared with the previous season. The competition was discontinued in 1934 owing to lack of interest on the part of dairy companies. This cup has been redonated as, from the 1947-48 season, and is now known as the South Island Challenge Cup Highest Grade Export Cheese.'

Interestingly, the conditions were changed again in 1978, and a plaque on the base tells us, 'Conditions of award changed to most improved grade.'

Awards were made between 1925 and 1985 to companies throughout New Zealand.