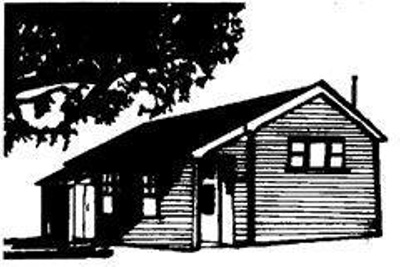 The Wainuiomata Historical Society was established in 1977 and in March 1987 the Wellington Education Board gave the use of the ‘old school’ to the Society. The Museum was opened on 30 September 1989 by Harry Martin, the first and only Mayor of Wainuiomata.

The current Wainuiomata Historical Museum Society Incorporated is registered with the Charities Commission and is run by volunteers. It aims to encourage the study of history and to foster and maintain a public appreciation of local places and matters of historical interest. It does this by providing for the permanent preservation of a wide variety of objects and records and allowing access to these by the public.

The ‘old school’ is one of the oldest purpose-built school buildings in the Wellington region and was built by James Burrow in 1908 alongside the original 1861/1862 school building. The latter was demolished in 1916. An additional classroom was added in 1938. From the 1970s the building was used as an art classroom and later was used for storage.

The original 1908 room has been converted into a classroom with wooden desks from several periods, slates, blackboards, books and school journals. It is here that children can experience schooling of past years and is unique in the Wellington region. The 1938 addition contains household implements, clothes, tools, photographs, and paintings used in or depicting life in the Wainuiomata Valley in years gone by. Many items have been donated by descendants of the early settlers.

In 2009 the Museum closed for extensive internal refurbishment and was re-opened on 7 September. Features included new displays in drawers and desks as well as an area set aside for research of the Society’s historical records, books, maps and photographs. A fairly comprehensive collection of school photographs can be viewed in the classroom.

2pm-4pm every Sunday and by arrangement