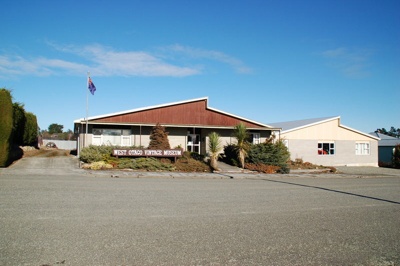 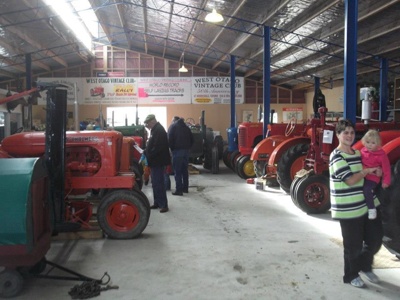 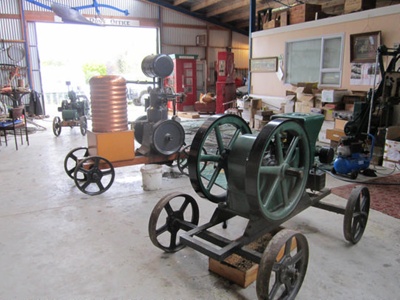 In 1958, concern was being expressed that some older tractors were being collected and
taken out of the West Otago area. Mr Murray Rodger and Mr Bill Thomson called a
meeting in the Kelso Hall in February 1958 to discuss this concern and gauge public
support to form a Vintage Club for the area.
The West Otago Vintage Club was established at a meeting in March 1958 and Mr M
H Rodger was elected President and Mr W A Thomson was Secretary.
The aim of the club was "To restore and preserve the relics as a tribute to those who
invented them and those who pioneered their use".
The Club's first rally was held in 1960. It was held on the "Elmbank" property of Mr
Bob Hamilton, now the present site of Stuart Sawmill and David Young's property.
The club used the old buildings, which belonged to the Flax Company to store their
first exhibits. These buildings were situated behind Forest Lodge Hotel.
The club grew in strength and on 12 April 1985, a new building was opened to house
club rooms and an area to display machines.
The building was extended in 1997 to include an area to display household goods, a
comprehensive collection of historical information from the district and more area for
machinery display.
A new section was purchased and a large shed built on it in 2004 to increase storage for
machines and equipment.
The Club also has a steam section and its pride and joy is STELLA, a 1912 5hp
Marshall Traction Engine. The Club also has a Stationary Steam Engine, an 1882 4hp
Marshall.
We have a large collection of vintage tractors and implements in the Museum, some
trucks and other vehicles, a display of many household goods and collection of
historical information from the district. The historical information includes the trading
records of many old West Otago businesses, family history, photographs and articles
that allow viewers to relive days gone by.