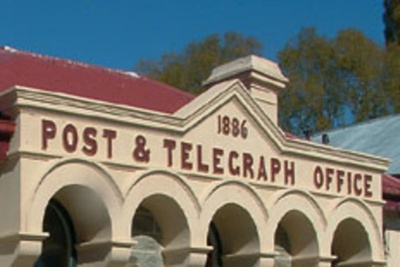 Ophir, formerly known as Blacks No 1 or Blackton, was a thriving gold mining town established in the 1860s.

In 1875 the settlement, complete with stores, hotels, banks, churches, hospital, police station and school, was named Ophir after the Biblical place where King Solomon obtained gold for the temple in Jerusalem. In October 1886 a new Post Office of schist masonry with plaster quoins and window dressings was built by stonemason Edward Booth, replacing a smaller operation in Ophir.

In 1976 the Post Office was taken over by the New Zealand Historic Places Trust (now Heritage New Zealand Pouhere Taonga) and restored, and still operates postal services for three hours each weekday morning. Its interior remains largely unchanged from the time of its construction.

Photography and Multimedia - View All (12)