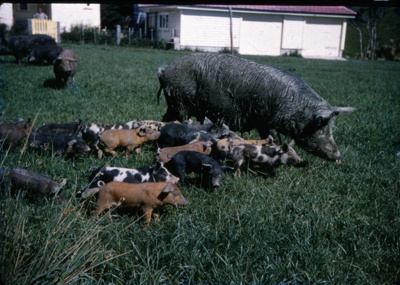 Sow and piglets on Bream Tail Farm, Mangawhai. Circa 1970's.