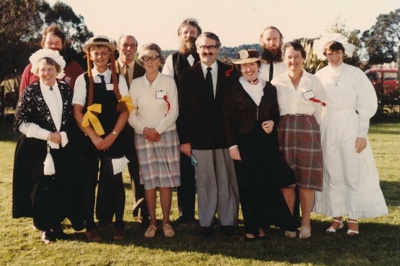 A booklet 'Footprints in the Sand' was written to commemorate education in the Mangawhai area and published for the Centennial. This booklet is held at Mangawhai Museum ehive no. 15-35.
There is also another booklet describing the events of the weekend, also called "Footprints in the Sand" 12 pages.
Mangawhai Beach School on Insley St, Mangawhai Village was officially opened 30 October 1957.

This photo is from a collection donated by Ivan Urlich. Don Worsnop of Wellsford was the official photographer.