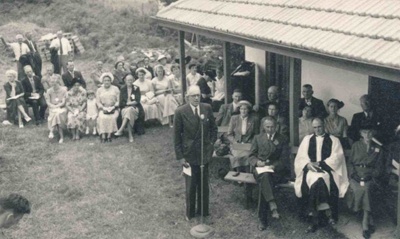 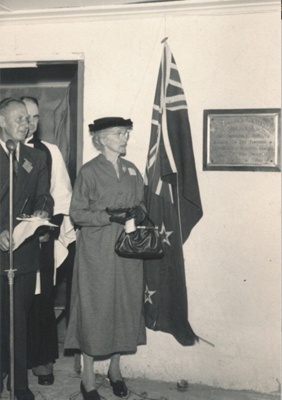 Plaque inscription reads: " New Zealand Centennial 1840-1940. This Centennial Court is dedicated to the pioneers of this District in grateful memory. May we who follow be worthy of them"