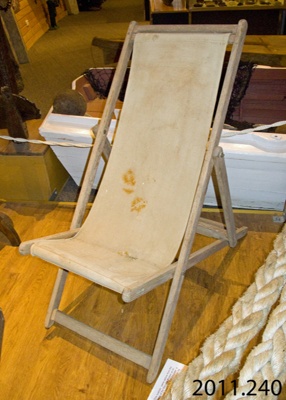 Deck chair; a folding deck chair from the S.S. Manuka. The chair is consists of a folding wooden and metal frame, with a canvas seat.