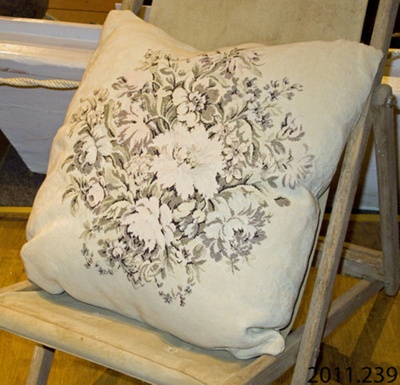 Cushion; a large, square cushion with tapestry cover depicting a spray of flowers.

The cushion came ashore from the wreck of the Manuka, and was picked up on Papatowai Beach by Bob Findlater.