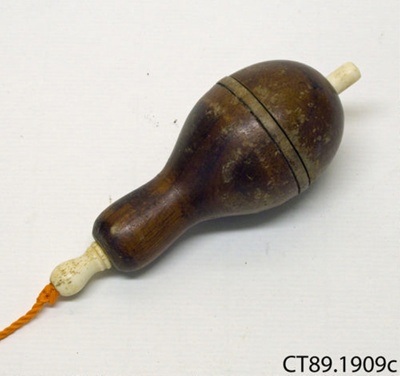 Bell; a turned wood and ivory, electric, push-button bell. From the S.S. Manuka.