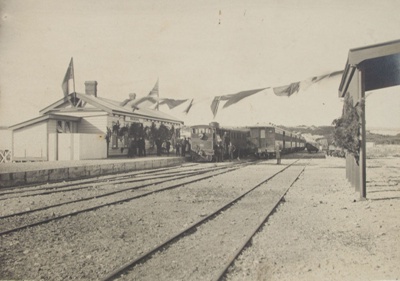 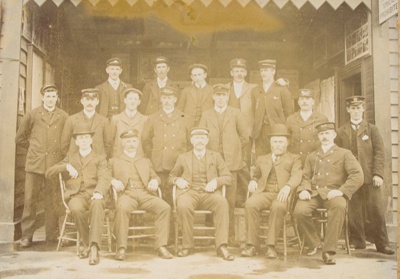 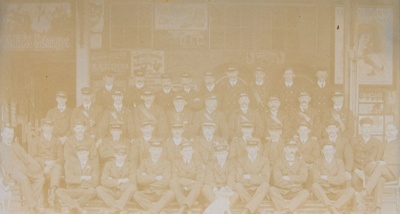 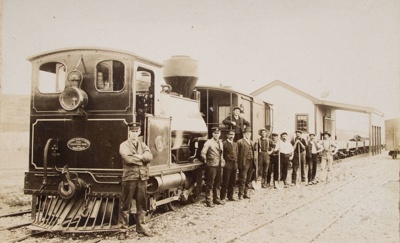 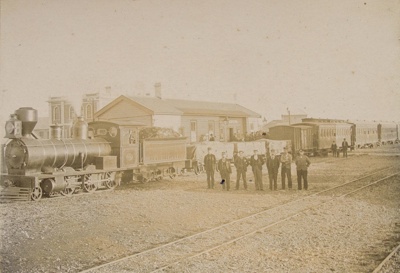 a. Dressed in their finery, people have gathered to celebrate the opening of the Waikaka Railway Station in December 1908. The station was on a branch line 18 miles from Gore. Prior to the line being opened, passengers and mail travelled by a four-horse coach which departed from Mr David Corcoran's hotel at 7.30am for Gore, returning at 6pm.

Waikaka township was in two electorates, Clutha and Lakes. The street in the middle of the town was the boundary and when prohibition was carried in the Clutha district in 1894, Mr Corcoran's hotel was in the licensed section and he did a good business sending spirits to Gore by coach.

b. The arrival of the first passenger train from Gore on the opening day of the Waikaka Railway Station, December 1908.

All photographs have notes written by John Logan on the mounts beneath the photos and on the backs of the mounts.

manners and customs, customs relative to public and social life

From the collection of Owaka Museum Wahi Kahuika, The Meeting Place "a rest on your journey".