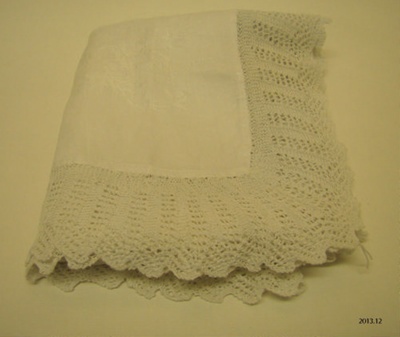 Serviette; white damask with added lace trim. The serviette was obtained from relatives in the Owaka area. The lace trim is thought to have been added by Mrs Peat, the donor. It is also thought to have washed up on the beach after the wreck of the S.S. Manuka.