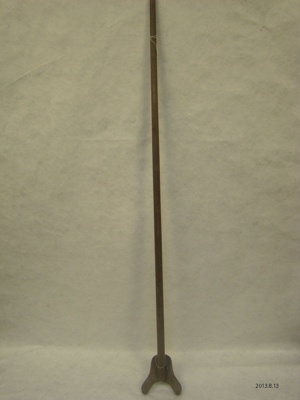 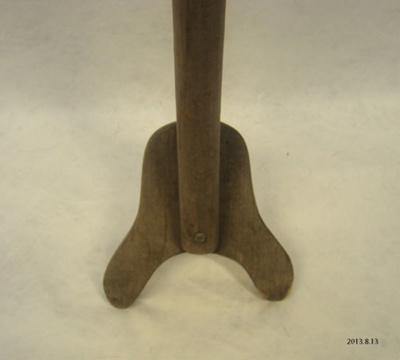 Pole; a wooden deck-game component, from the wreck of the S.S. Manuka. This was kept by Les Lockerbie.